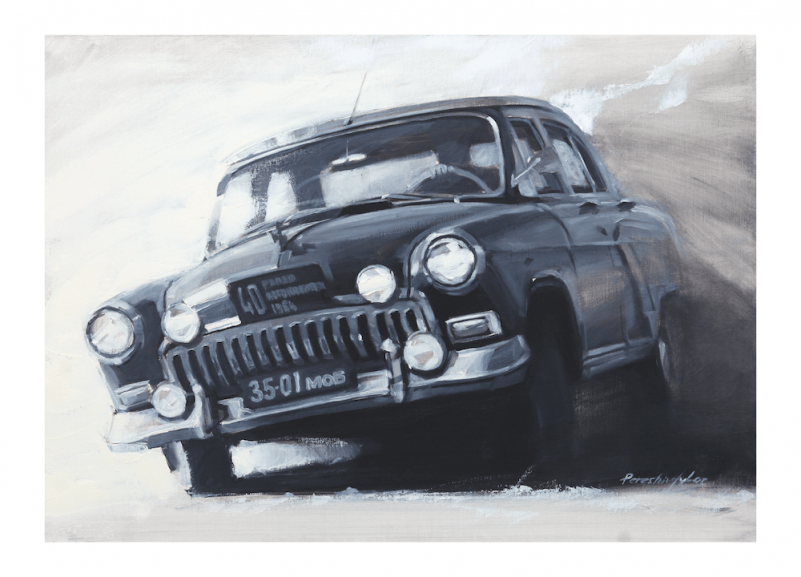 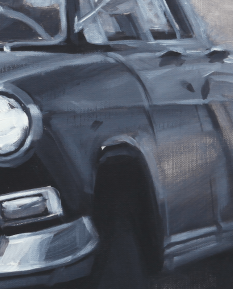 There is a common thing between Vladimir Putin and Jay Leno and this is it – GAZ 21, known as Volga. Both the Russian president and the American comic currently own cars like this. White ones.

Jay Leno says he owns such car because it was KGB staff car, we suspect that Putin’s motivation behind Volga ownership was similar. It is an interesting fact that this car was the biggest and most luxurious car officially sold to retail customers in the USSR. What a pity it had a humble performing 2.4 liter gasoline engine potent for just 70 hp. Volga was definitely a heavy car and the 3-speed manual transmission wasn’t able to make it quick. And guess what, the KGB guys are the lucky ones, again. They were the only ones with access to the special 160 hp V8 engine Volga edition with max speed of 170 kmh.

For the above mentioned and for many other reasons Volga was of huge importance for automotive cultures all over the east side of the Berlin wall. Now you can own an artistic interpretation of GAZ 21 Volga in motion, created by Petr Pereshivailov. Order yours in the form of beautiful art print, produced by Simply Petrol.