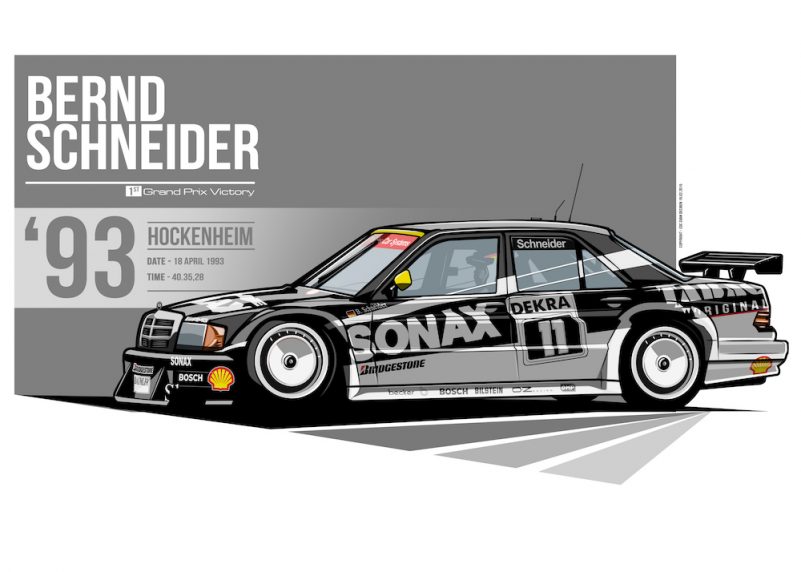 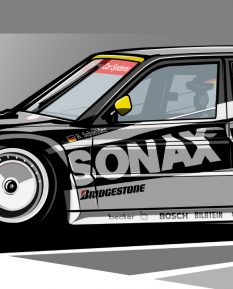 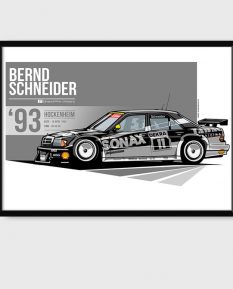 With the creation of its first compact premium sedan, Mercedes-Benz starts exploring options to come back to rallying. Cosworth begins work on an actual project, but Audi Quattro's incredible performance makes their efforts obsolete. As the saying goes, something good always seems to come from something bad. Mercedes-Benz focuses on the race track with the W201 and the epic Mercedes-Benz 190 E 2.5-16 Evo II DTM is born.

This car is the door to Mercedes-Benz` entrance in DTM. It marks the absolute return of the three-point star manufacturer to motorsports and Group C endurance racing. In 1989, the compact Benz sports sedan receives a 2.5-litre engine. Its 16-valve architecture is good enough for 340 hp. The body is lighter in its competition trim due to interior removal and usage of Kevlar body panels for the hood, boot lid and spoiler. Later, the power output is boosted to 373 hp. This version becomes famous as Evo II.

1993 is the last DTM season for Mercedes-Benz 190 E 2.5-16 Evo II. Its stellar career consists of 52 victories. The last one is scored by Bernd Schneider in Hockenheimring. Schneider himself is a five-time DTM champion with the most successful DTM car ever – Mercedes-Benz C-Class.