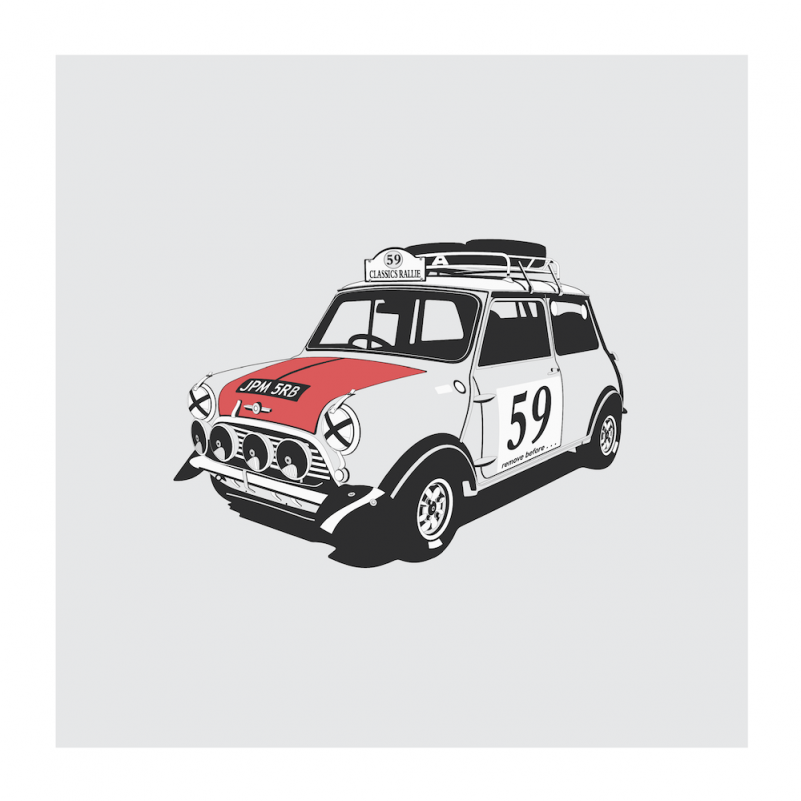 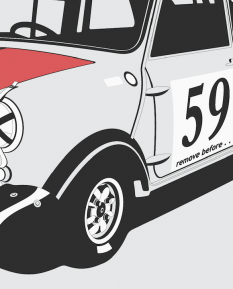 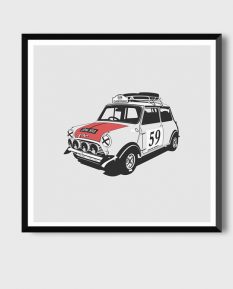 Many cars have had a considerable influence on the way we look at transportation, but there has been no other like the Austin Mini (or the thousand other names that it had because of its company names changes). This car is so significant and iconic, so it is hard to compare it to anything else. The Mini is an engineering marvel, a fashion statement, pop culture icon and an overall game changer like no other in the automotive industry. It seemed like every single person on the planet wanted one, laughing at this statement? Let us explain; every Beatles member had one; Steve McQueen had one, Enzo Ferrari had one, King of Jordan had one. If you lived back in the day, you also would have one. Movie enthusiasts will also remember Michael Caine driving one in the original of "The Italian Job" from 1969. The Mini was a real poster icon of the 60’s and car worthy of every automotive beautiful art piece that has been created to commemorate its sheer brilliance. In fact, even though this is not a Ferrari or a Lamborghini, we bet that due to its remarkable popularity, Mini has had more car posters of it made than any other vehicle in the world. Over its lifespan, over 5 million Mini’s were sold, the fact that it started under 800$ probably helped a lot, not laughing now, are you? This is why we are more than happy to share with you this lovely Mini Cooper S art by Marc Carreras.

This Mini Cooper S art is an ode to compact forms

The man who gave the world this beautiful creation is Sir Alec Issigonis, a visionary like no other. Sir Alec, dreamed of this car as a small car on the outside, but a practical and comfortable car on the inside. Kids nowadays probably look at this car and think that no more than two people can fit in it, but we who remember it in all of its glory know that four people could fit inside without a problem and take a ride that was not limited to a quick city drive. For those who struggle to understand how this is possible, let us explain, please. This car utilised many revolutionary designs, first of all, the gearbox was moved right under the engine which itself was mounted sideways to shorten the nose and provide a completely flat floor. Coupled with front wheel drive, this meant that no moving mechanical part needed to go under the car or anywhere near the cabin, so the cabin utilised every inch of space it possibly could. Instead of metal spring suspension Mini had rubber cones in each corner. In the result, the classic Mini has the joyful driving characteristics. Add rack and pinion steering and hydraulic breaks, and you have a car that handled like a dream. In fact, the Mini passed its testing with flying colors from the first try, and a decision was made by the BMC (British Motor Corporation) to put it into productions immediately. Later it will become a rally legend by winning the notorious Monte Carlo Rally, prepped by John Cooper.

A testing track was prepared for the press, and tens of minis were ready to take on its biggest test yet, the journalists. Tensions were high; this car had so much to prove, no one knew what to expect from it. Every journalist was shocked with the amount of space on the inside and with its driving characteristics, it was hard to get them out of the cars after the test drive, they just wanted to keep on driving. No one had anything but praise for the Mini and its genius designer. The news outlets were bombarded with posters and admiration for the car, so this Mini Cooper S art should not be a surprise for you.

What you see above though, is the Mini Cooper S, no ordinary Mini, it was born of the great idea to enter rallies with the car. In 1960 the first Monte Carlo rally adventure of the Mini began, the car held its own but came in the back, due to the lack of power. A friend of Sir Issigonis, the legendary John Cooper, convinced the BMC to let him build a car designed for racing. In 1964 he completed the first Mini Cooper S, doubling the power output from 34 hp to 68 hp and won the Monte Carlo rally from the first try. To prove that it was a real racer he won it two more times in 1965 and 1967. In our opinion, this car breached the line between a vehicle and art, even though art is supposed to be non-functional and only for the eyes and the soul, this car was a feast for all senses and deserves the title of car art.

Now you can own this Mini Cooper S art created by Marc Carreras and carefully issued by Simply Petrol.