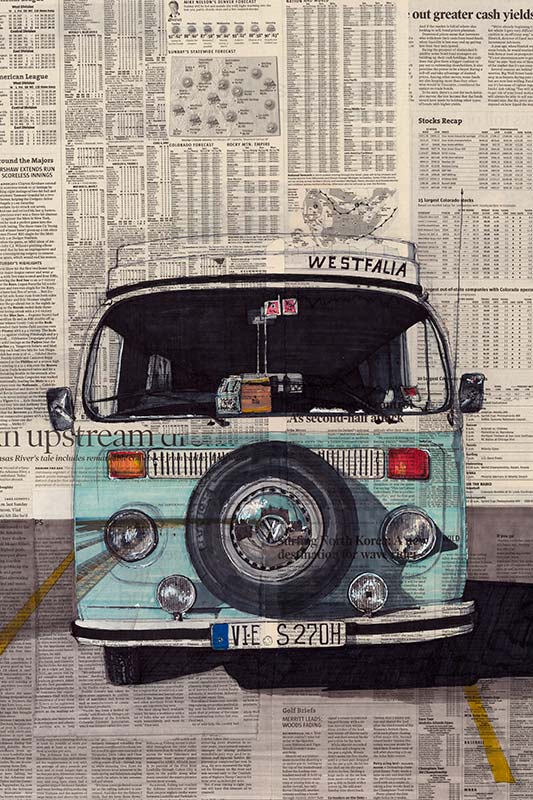 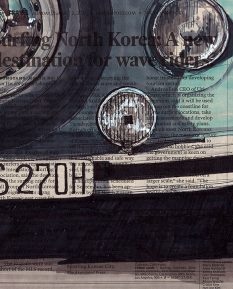 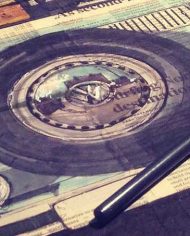 Poster Prints  by Adam Ambro
Starting from $ 45. Continue to Sizes

There is something deeply metaphorical about using a piece of legacy media like the newspaper to present a romantic old-time way of road tripping and camping. This VW Camper Bus in Westfalia edition is a majestic piece of history, hippie lifestyle and, of course, car art.

VW T2 has many names. It is famous as Bus, Kombi, Van, Transporter, Camper, Hippie van, Vanagon, Microbus, Minibus and more. It becomes the T2 (Typ 2) because it is the second VW vehicle after the Beetle, also known as the T1 (Typ 1).

An extraordinary vehicle with an intriguing story

The VW Camper has an exciting story. The initial idea for the Bus comes from the Dutch VW importer Ben Pon. He is the first Volkswagen`s dealer outside of Germany. In 1946 he visits Wolfsburg with the intention to purchase Beatles for import to the Netherlands and he sees an improvised parts-mover based on the Bug. This is how the idea of a light commercial vehicle that utilises the Beatle mechanics appears in Pon`s mind. He pictures it with driver located upfront, over the front axle. This happens in 1947.

A couple of years later, the very first production T2 rolls out from the assembly line. It has a better drag coefficient than the Beetle. This is no surprise as the vehicle gets tests in a wind tunnel and uses the reduction gear from the T81. This enables the 1.5-ton van to use a 25 hp flat-four air-cooled engine.

The first-gen VW Campers are super cute but also very slow. Despite that, today first-generation vehicles with split screens in mint condition cost more than $100,000. The second-generation VW Camper also keeps the iconic hippie status but is way more affordable. Its engine has a larger size and is available in 1.6, 1.7, 1.8 and 2.0 4-cylinder boxers with power output between 50 and 70 hp. There are also vented disc brakes as well as a Bosh L-Jetronic electronic fuel injection for some of the late US models.

Westfalia-Werke, an independent German company, converts the VW Bus into a Campervan. Their famous “pop-top” tent becomes available with the second-gen Camper and is an instant hit. The fully loaded Westfalia conversions also has a cooking facility, interior table, refrigerator and different kind of tents.