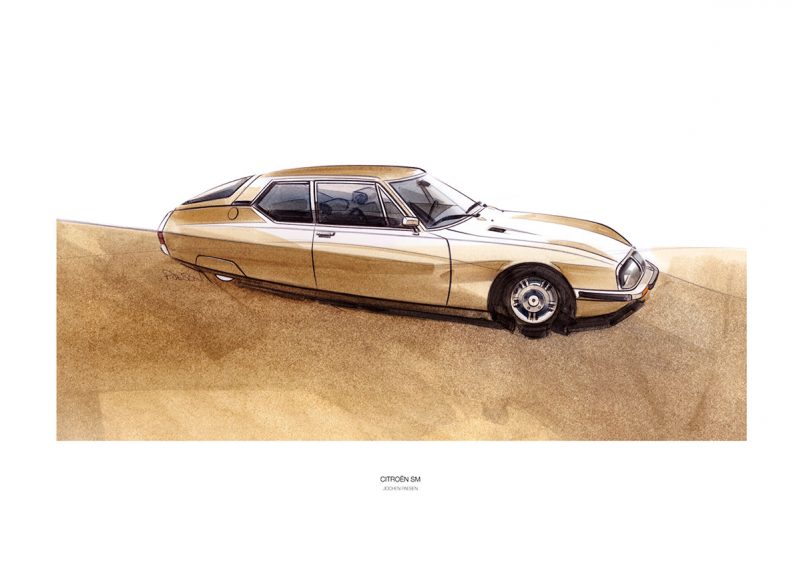 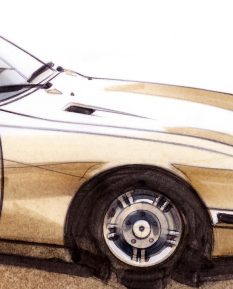 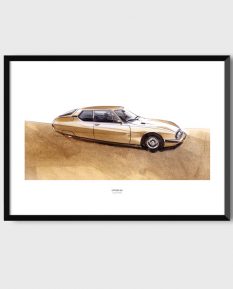 Back in the late '60s, it sounds like a good idea to combine French beauty and Italian engineering. Unfortunately, it turns out it is not. The Citroen SM project starts with the desire to create a sporty version of the legendary Citroen DS. That car turns out to be among the most exceptional cars of the French company. Experience the fastest FWD car of its time with this beautiful Simply Petrol art print by artist Jochen Paesen.

This Citroen SM art is a love letter to aerodynamics

In 1968, Citroen takes over Maserati, so the French get access to the proper engine of their future flagship car, the SM. It is a V6 with an unusual 90o angle between the cylinder banks. This engine is capable of 170 hp in its 2.7 L form or 180 for the 3.0 L engine. This is not a big engine for a GT coupe of that era, but due to its excellent aerodynamics, Citroen SM is also fuel-efficient. The manufacturer explains max speed of 220 km/h can be overreached with reported 235 km/h.

Rivals like Jensen Interceptor decide to double the Citroen SM fuel consumption which is only 12,5 L/100 km. Unfortunately, the engine isn’t known for its reliability. Problems with the timing chain and the ignition cassettes occur. If you want to own a Citroen SM, you should know that you will need not just a dedicated Citroen expert but also a Maserati engines specialist.

However, owning one of the most technically advanced cars of its time is worth the hustle. In addition to the tremendous hydro-pneumatic and self-levelling suspension, Citroen SM debuts the self-centring Diravi steering system. The brake system, also hydraulic, is among the best back in the day. It ensures the shortest stopping distance. The front drums are inboard for achieving better masses balance and cool via large ducts underneath the car.

Huge thanks to Robert Opron, Citroen`s chief designer for mixing the best of Citroen and Maserati and styling the SM. His work tips 0.26 drag coefficient, an index hard to beat even today. This is just one more reason why we are glad to have this beautiful Citroen SM print in our car art collection. The artist is the talented Jochen Paesen.