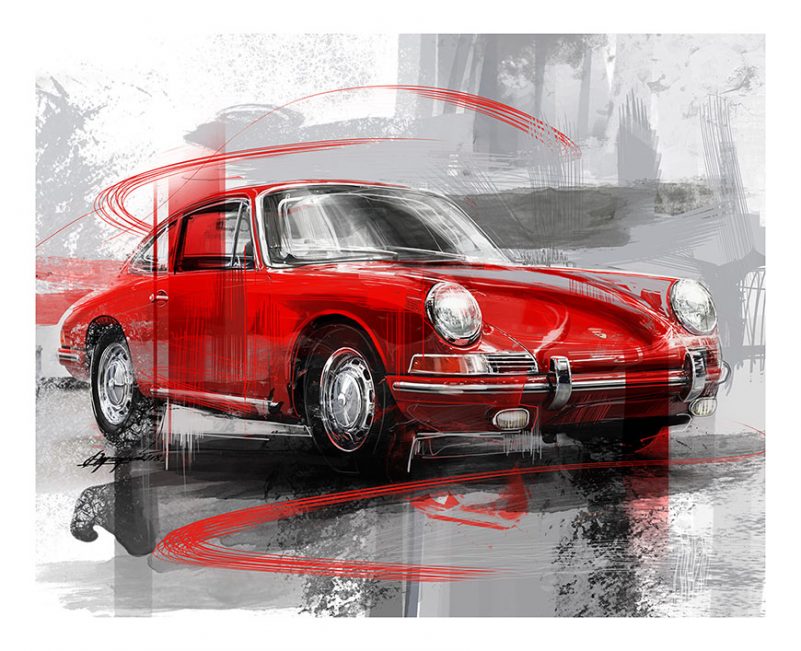 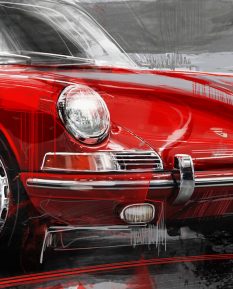 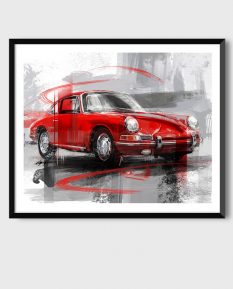 Famous as the world's most mythical sports car, Porsche 911 is an iconic vehicle that endures through time. This car is the ultimate case study in evolution. Its design and layout have been the same for more than half a century.

Porsche 911 is not just art, it's an automotive masterpiece. We are more than fortunate to add one more Porsche 911 art poster to our Porsche gallery. Its author this time is the gifted artist Łukasz Myszynski.

Do you know which car has more than 100 class wins at Le Mans? Yes, it's the Porsche 911. Of course, the RSR editions are far away from a production model, but they still retain the simple shape of the original 911.

When the 911 debutes in 1963, it immediately becomes the media favourite. Its basic design, derived from the original Beetle has been winning automotive fans hearts (and many races as well!) for more than 50 years. Today, it's the only sports coupe with an engine behind the rear wheels, altough with each new generation it becomes a bit more mid-engined. This is not the only reason why Porsche purists still prefer the original air-cooled 911s, G-Models, 930s or 964s. Over the last years the 911 is becoming bigger in size, more grand-tourish inside, heavier overall and more complicated.