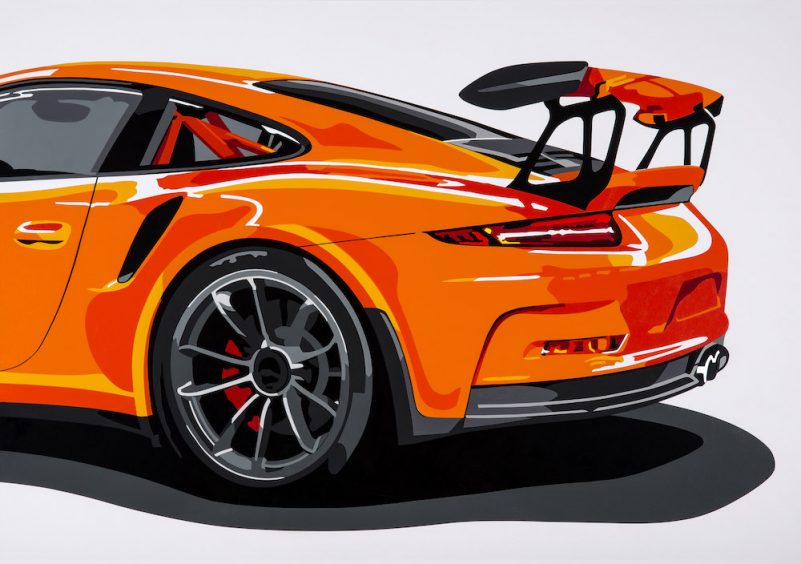 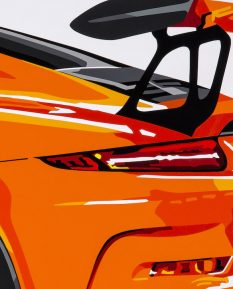 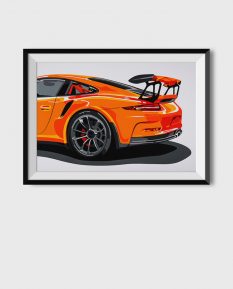 Art Prints  by Joel Clark
Starting from $ 45. Continue to Sizes

This Porsche 911 GT3 art print reminds of a super-fast orange beast that will quickly overtake you and soon be gone.

Porsche 911 GT3 is the link between sports cars and supercars

911 GT3 is among the last ones in its category with a naturally aspirated engine. This pure old school joy is revving up to 9000 rpm.

The story of 911 GT3 dates back to 1999. It joins the automotive universe with a streetcar body that holds a racing engine. In fact, the first Porsche 911 GT3 shares its engine (sure, with some modifications) with the epic Porsche 962. The latter is a winner not just at 24 Hours of Le Mans but also has numerous titles in the American IMSA GT series and the All Japan Sports Prototype Championship.

Together with the epic Porsche 911R, the 911 GT3 is the last Porsche you can buy new without turbo. This is just one of the many prerequisites that make this car a legend. Its engine is capable of 482 hp at 8250 rpm with a Porsche Doppelkupplung (PDK) double-clutch gearbox. It is based on sequential manual transmissions used in racing cars.

Last but not least, this car has rear-wheel steering to dominate the roads and tracks like nothing before. This orange power accelerates from 0 – 100 km/h at just 3.1 sec and takes the quarter-mile for 11.2 sec at 203 km/h. Its top speed is … hold your breath … 325 km/h.